Let $H$ be a permutation group on a set $\Lambda$, which is permutationally isomorphic to a finite alternating or symmetric group $A_n$ or $S_n$ acting on the $k$-element subsets of points from $\{1,...,n\}$, for some arbitrary but fixed $k$. Suppose moreover that no isomorphism with this action is known. We show that key elements of $H$ needed to construct such an isomorphism $\varphi$, such as those whose image under $\varphi$ is an $n$% -cycle or $(n-1)$-cycle, can be recognised with high probability by the lengths of just four of their cycles in $\Lambda$.

Please send your manuscript to info@jacodesmath.com so that we can create your account and proceed the submission.

P.S. This step is taken for security reasons. Sorry for any inconvenience. 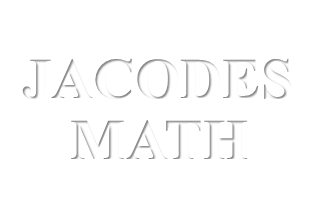